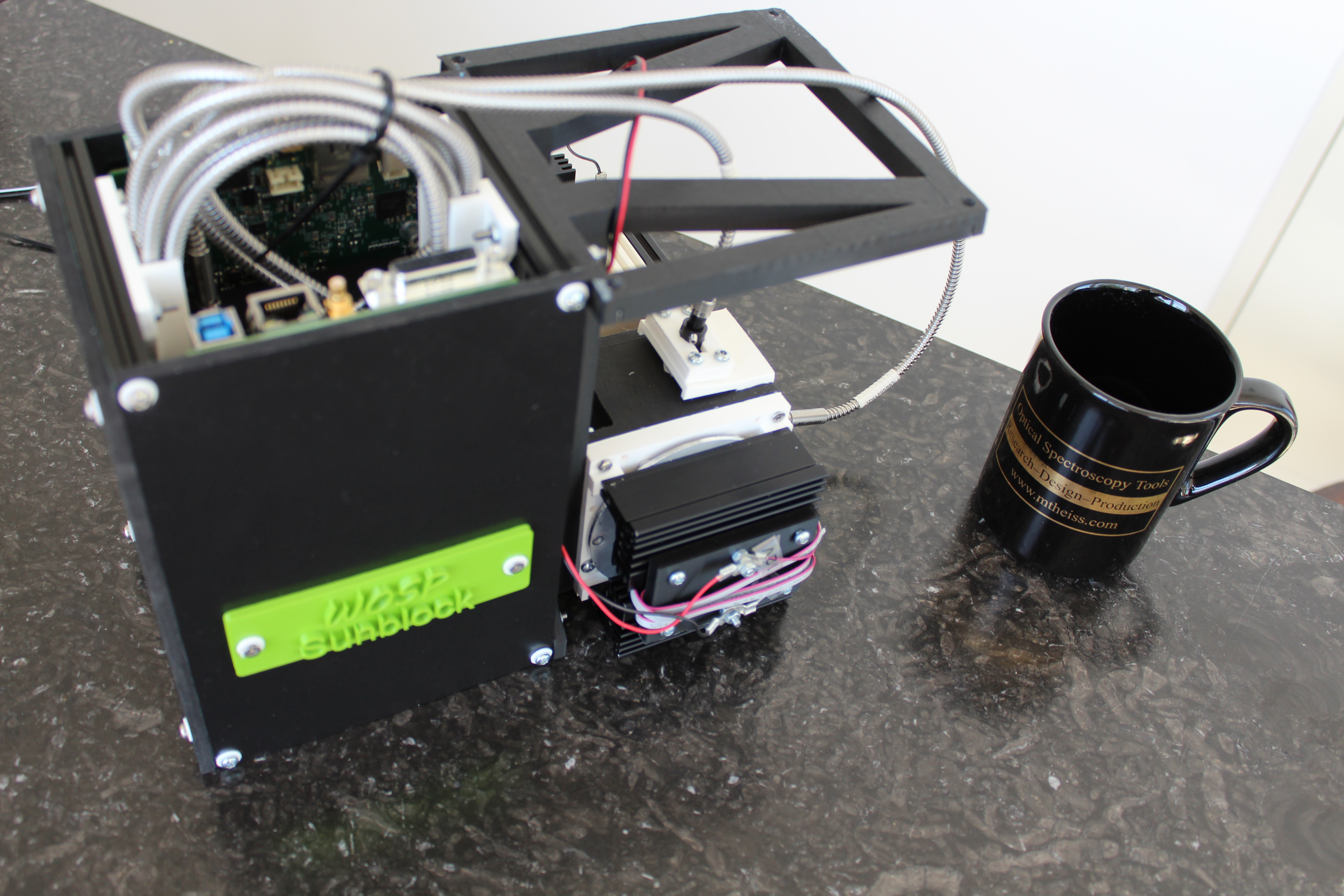 A halogen light, 16 UV-LEDs and an integrating sphere have been combined with 2 spectrometers to the WOSP Sunblock system. It measures reflectance in the range 300 … 1050 nm, with the option to extend the NIR range up to 2500 nm. 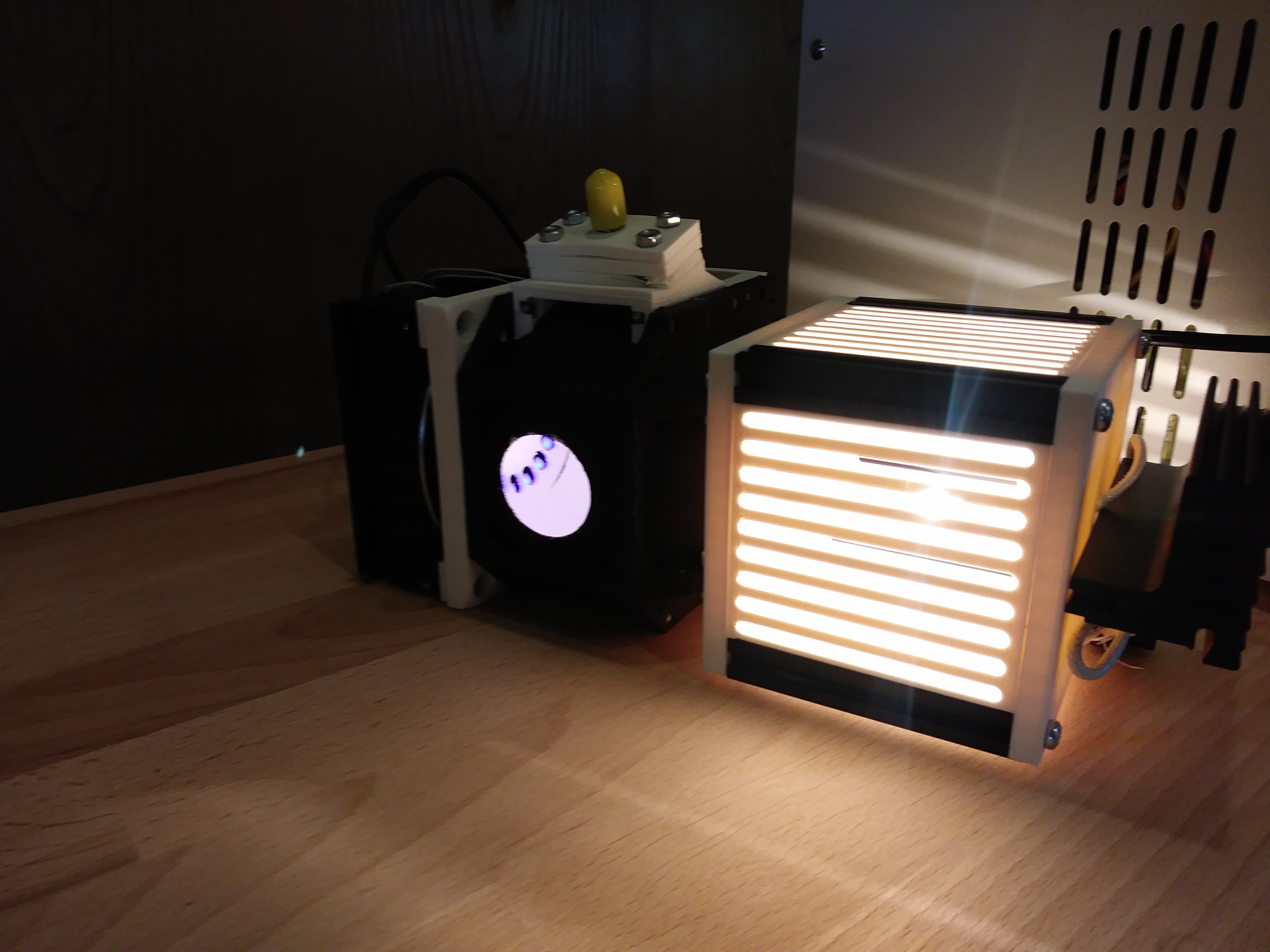 The light sources inject radiation into a sphere (76 mm diameter). The intensity at the sphere wall as well as the intensity reflected by the sample are simultaneously recorded with 2 spectrometers. Signals recorded for a reference mirror and the sample are combined to compute the final reflectance of the sample.

The whole block can be mounted on a traverse or a robot arm – only electrical cables leave the system. 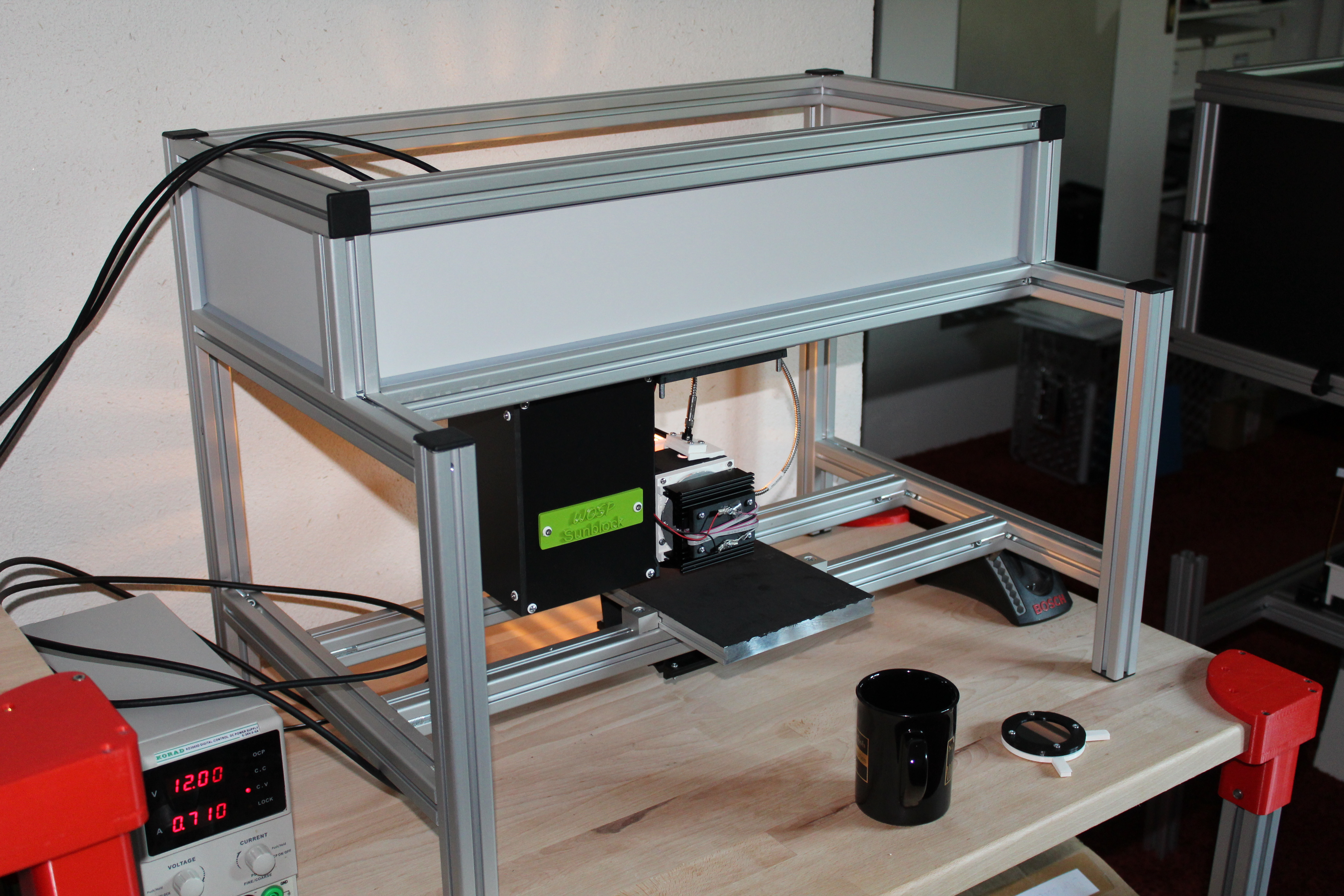 The rack mounted system shown above has been used to record some demonstration spectra discussed below. All spectra have been acquired in less than one second.

Since the final spectrum is based on ratios of spectra the absolute light source intensity cancels – this leads to very stable results. The spectra shown below have been recorded with a delay of more than half an hour: 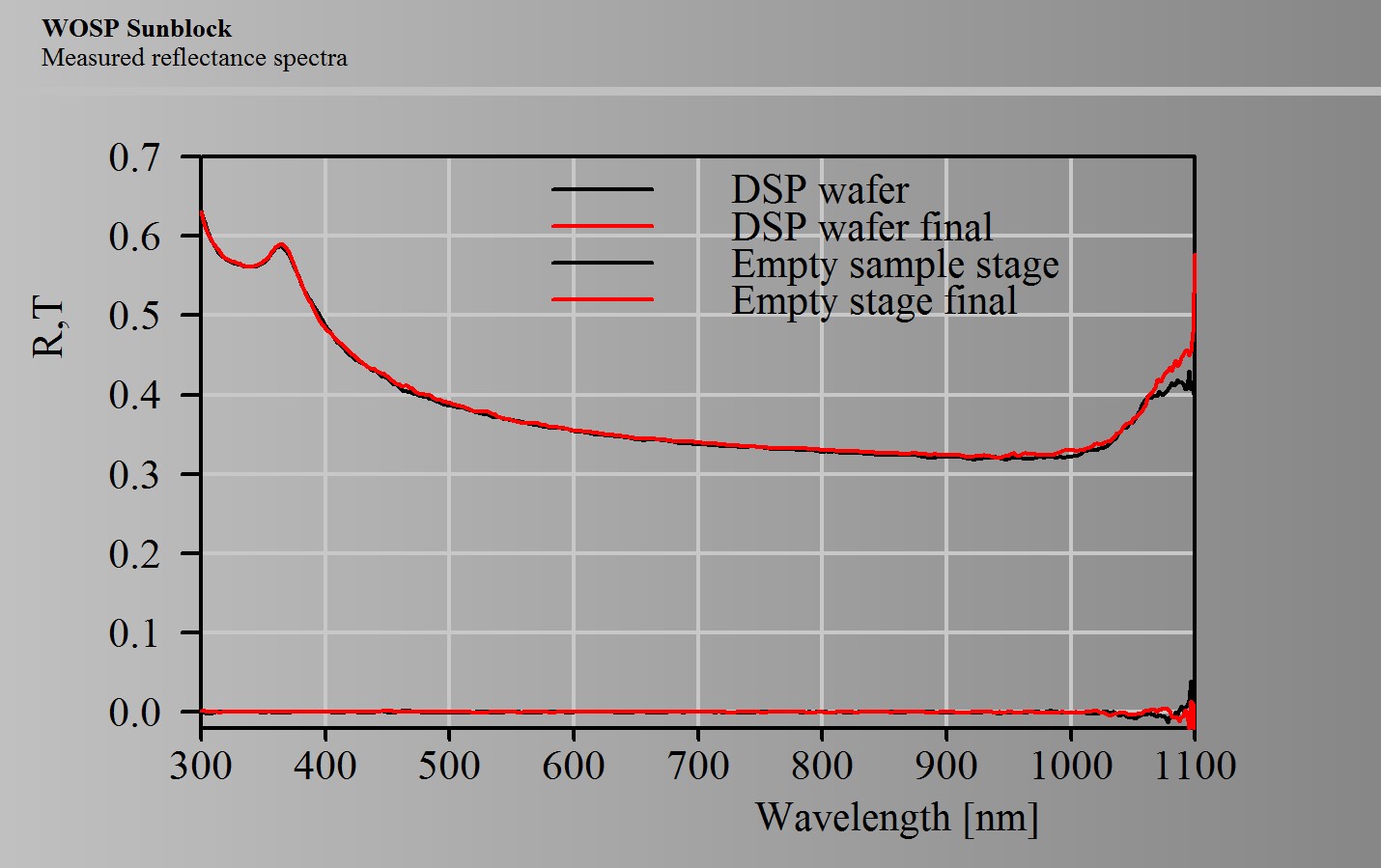 The next set of spectra show reflectance spectra of float glass with SiN layers of different thickness: 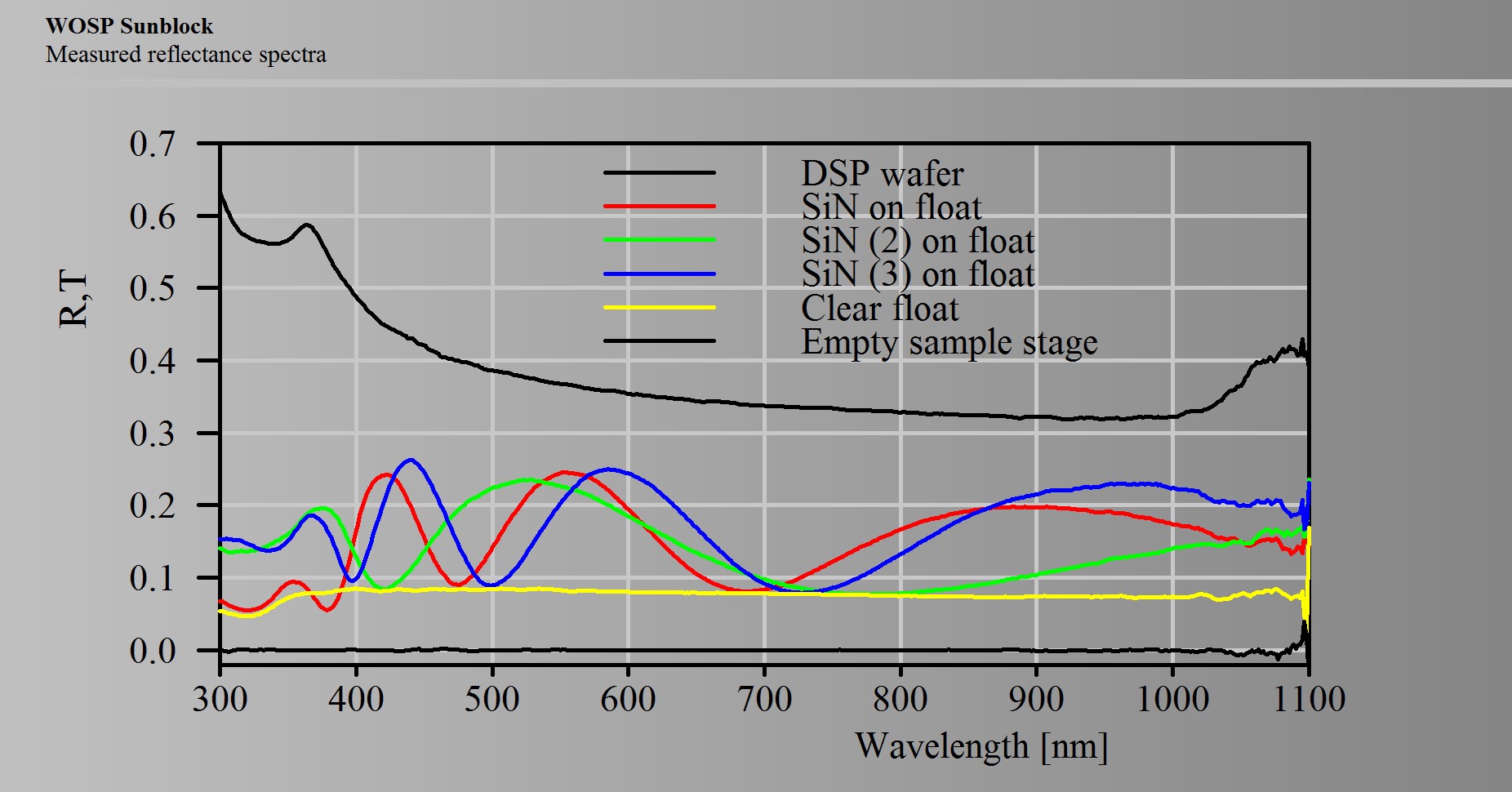 The last demo set shows spectra of solar glass with AR coatings, applied on one side only and on both sides of the glass: 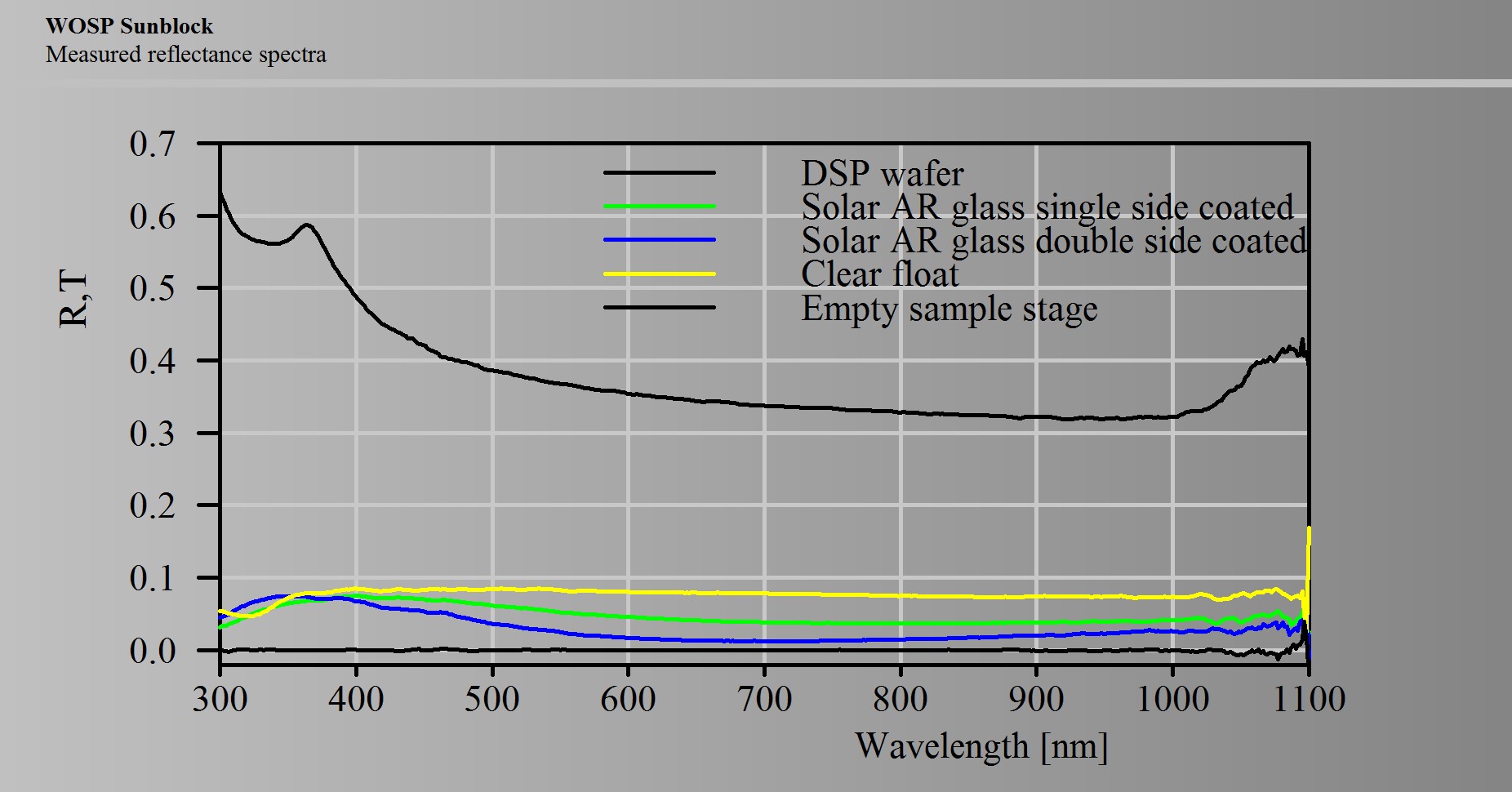