Our desktop system for absolute R and T measurements has been modified: You can now use a combination of the WOSP-LEDO-P light source and an Avantes spectrometer to record spectra in the range 270 … 1050 nm. A polarizer is an optional add-on. 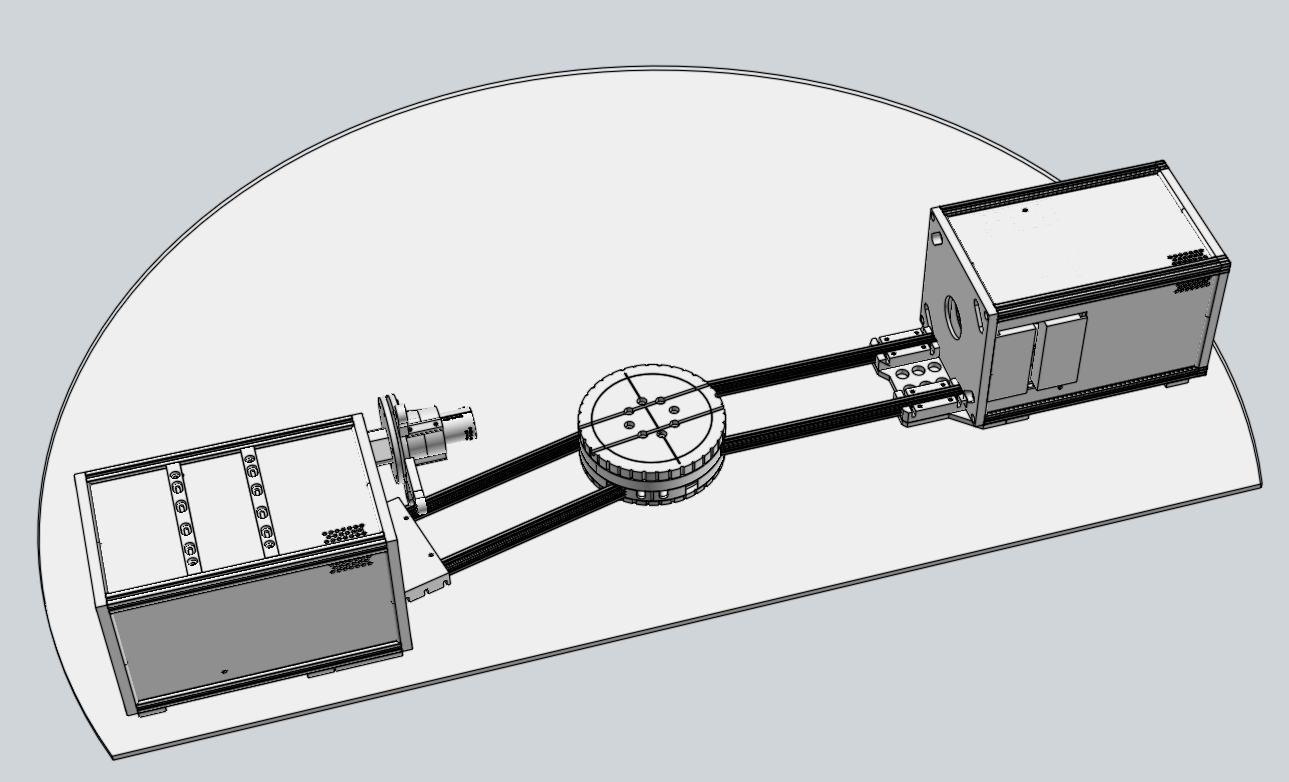 The system needs a table of dimensions 1000 mm * 700 mm or larger (table not included in the system). The new design allows reflectance measurements at 8° angle of incidence which was not possible with the previous version. 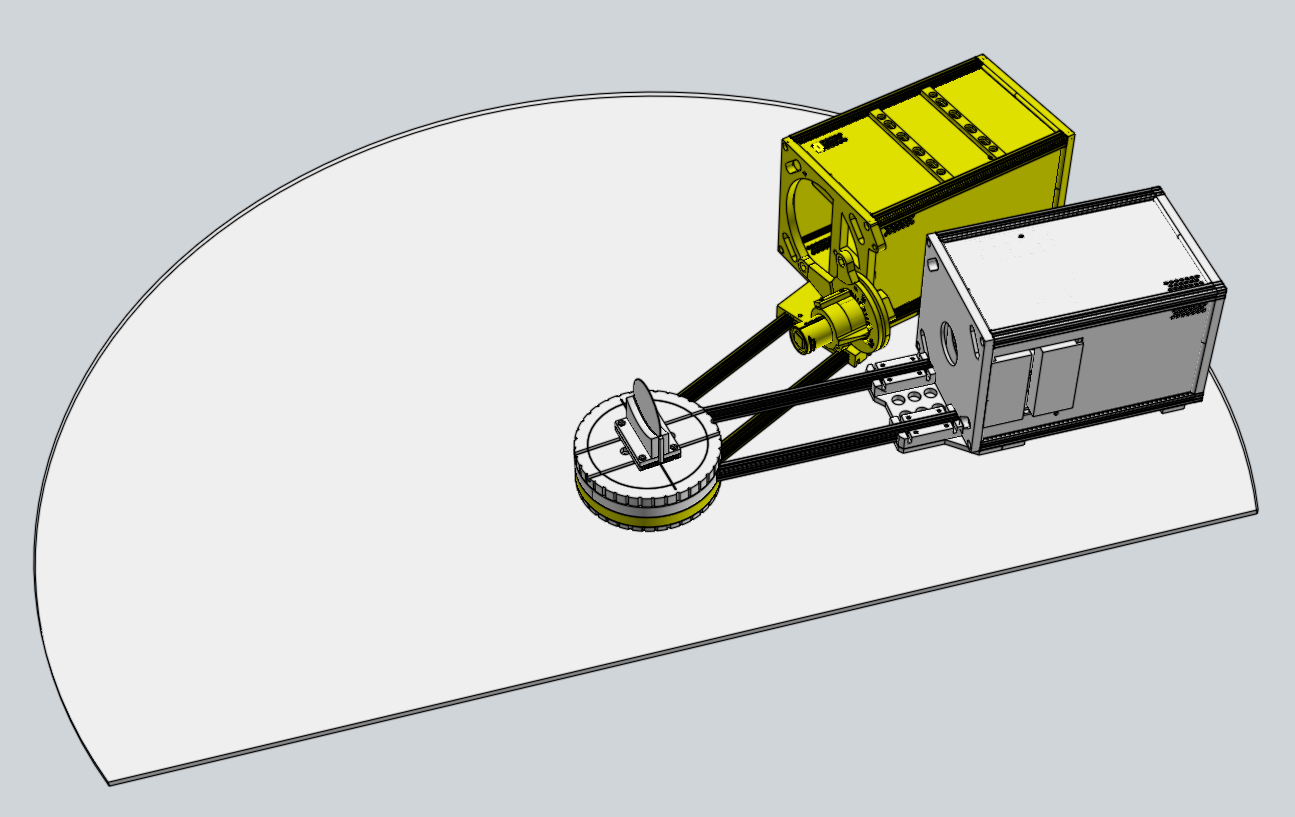 Following customer demands we have added a small halogen light source to the LEDO system. This enhances the intensity at the NIR end of the spectrum. Although in this case the light source is not based on LEDs alone we still call it LEDO (actually: LEDO-P): The built-in halogen bulb has an average lifetime of 20,000 hours which is in the range of the expected LED lifetime.

There is a strong increase in counts in the NIR range due to the halogen lamp (blue vs. green in the graph below): 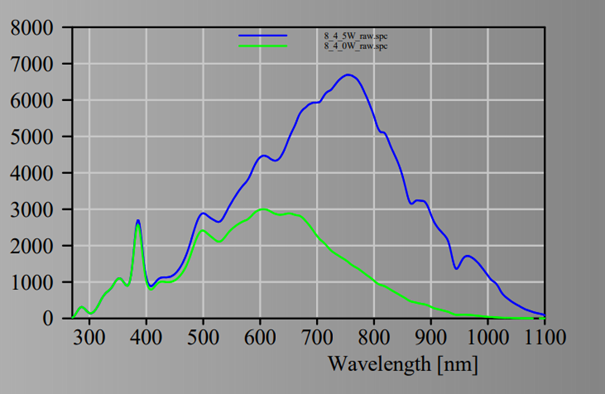 Consequently, the NIR noise is reduced and we can extend the useful spectral range up to 1050 nm (100% line, measurements have been done with an Avantes EVO spectrometer): 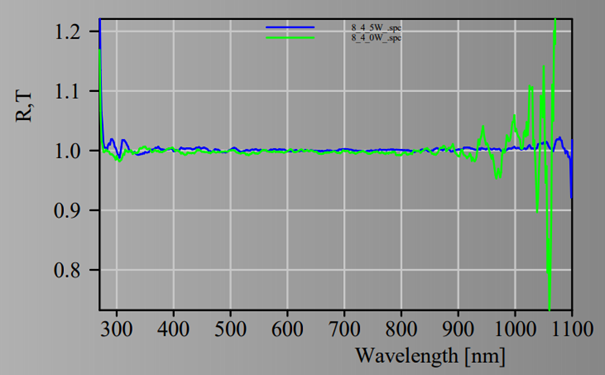 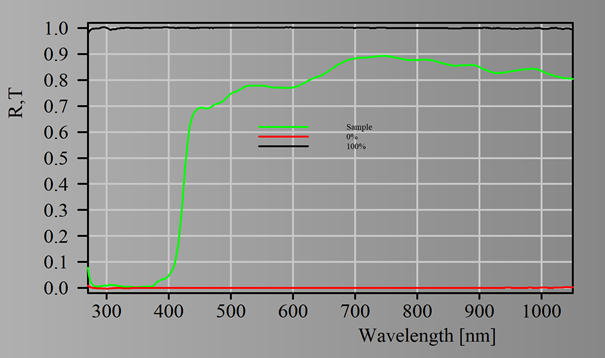 Stability in time: The graph below shows 25 sample spectra taken during a period of 3 minutes: 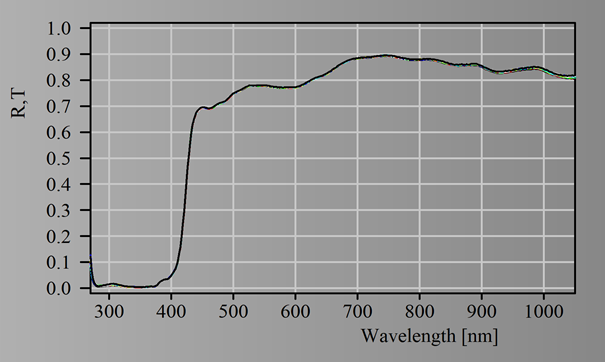 Sometimes it is useful to move optical components. Scanning a sample in one or two directions can show gradients of thin film properties. Or you may be forced to move a spectrometer system to a calibration position. 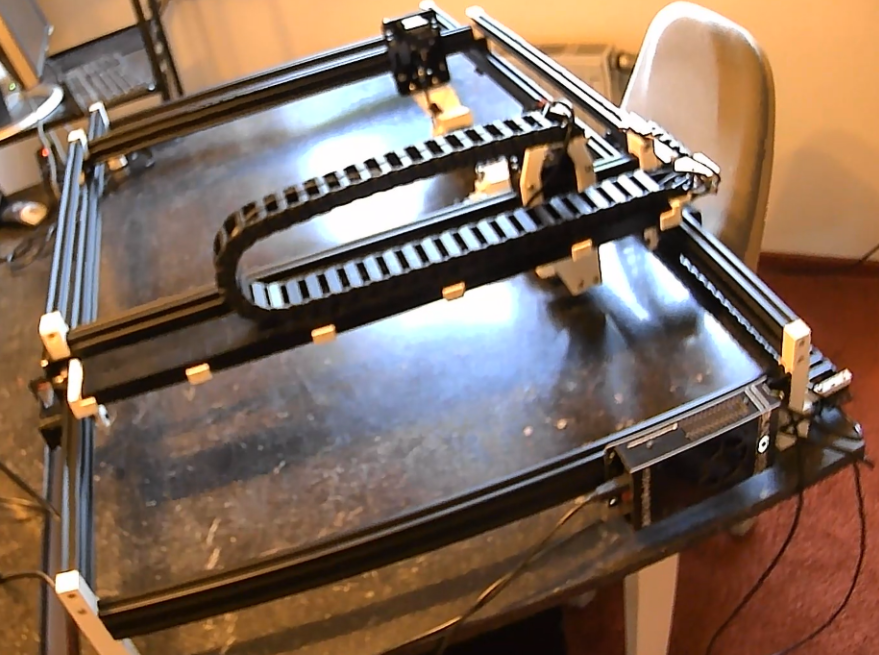 With upcoming 3D printers, low cost CNC machines and laser cutters for private use, moving things has become rather cheap. Motion controllers based on Arduino boards can drive payloads at very low costs. Nevertheless, position errors are significantly below one mm which is sufficient for macroscopic optical measurements. 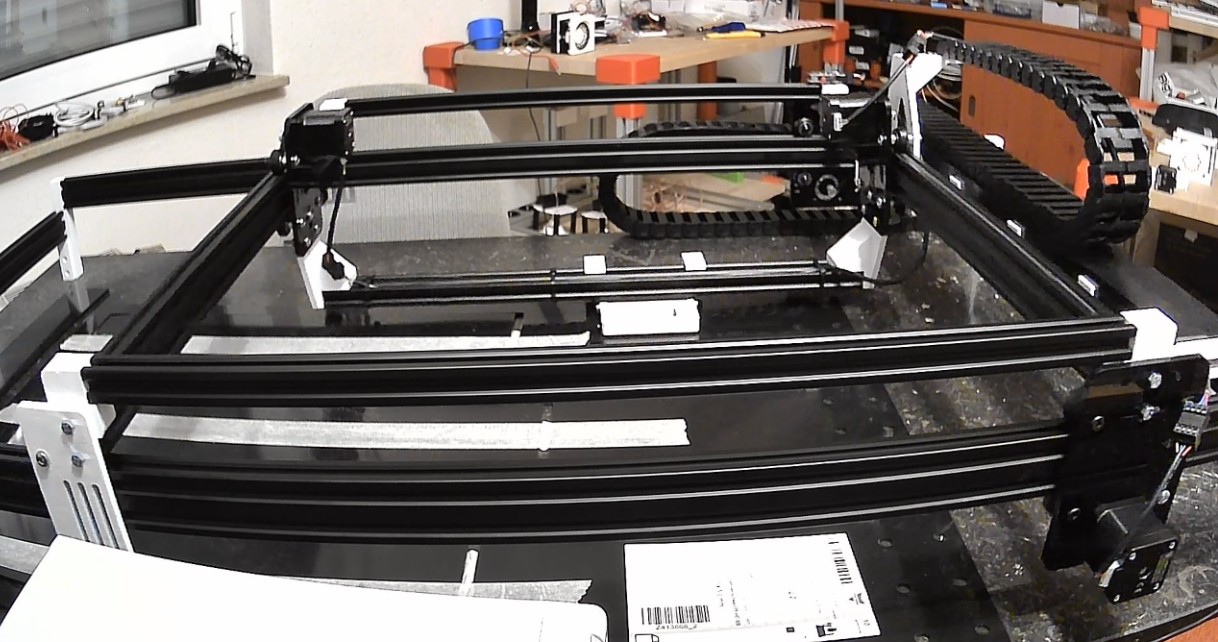 GRBL is the language to talk to Arduino controllers. We have integrated GRBL into SCOUT and CODE to simplify the combination of optical measurements and mechanical motion. You can use script commands to move equipment in up to 3 dimensions and take measurements at any wanted position. This opens up the route to fully automated measurement systems.

Glass for buildings and cars may have different appearance with respect to color when the viewing angle changes. The angular dependence of color values is important for the design of glass coatings, and hence it is important to verify that the wanted color values are obtained after coating deposition.

The WOSP multiple angle color sensor is a lab instrument that measures color values at fixed angles of incidence of 8°, 35°, 55° and 65° in reflectance. Transmittance measurements at these angles are possible as well. 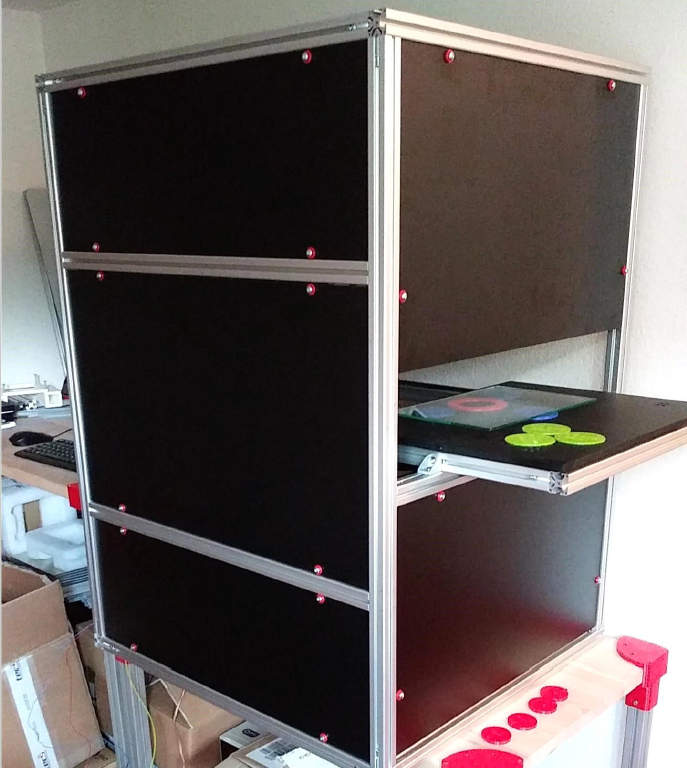 Glass samples with a width of up to 600 mm are placed on a sample stage that slides into the measurement cabinet.

Measurements can be performed using a very simple software interface – they take about 10 seconds. Results for various samples are collected in a workbook which can be exported as Excel document. In addition, results (measured spectra and related integral quantities) are stored in a JSON file for each sample. 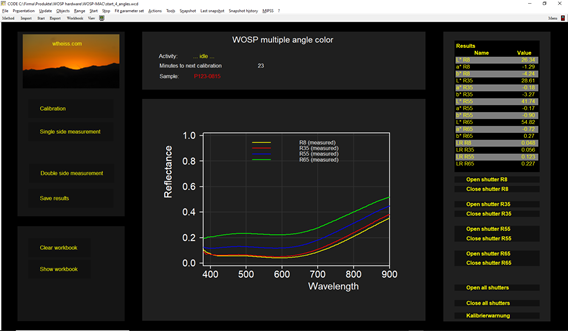 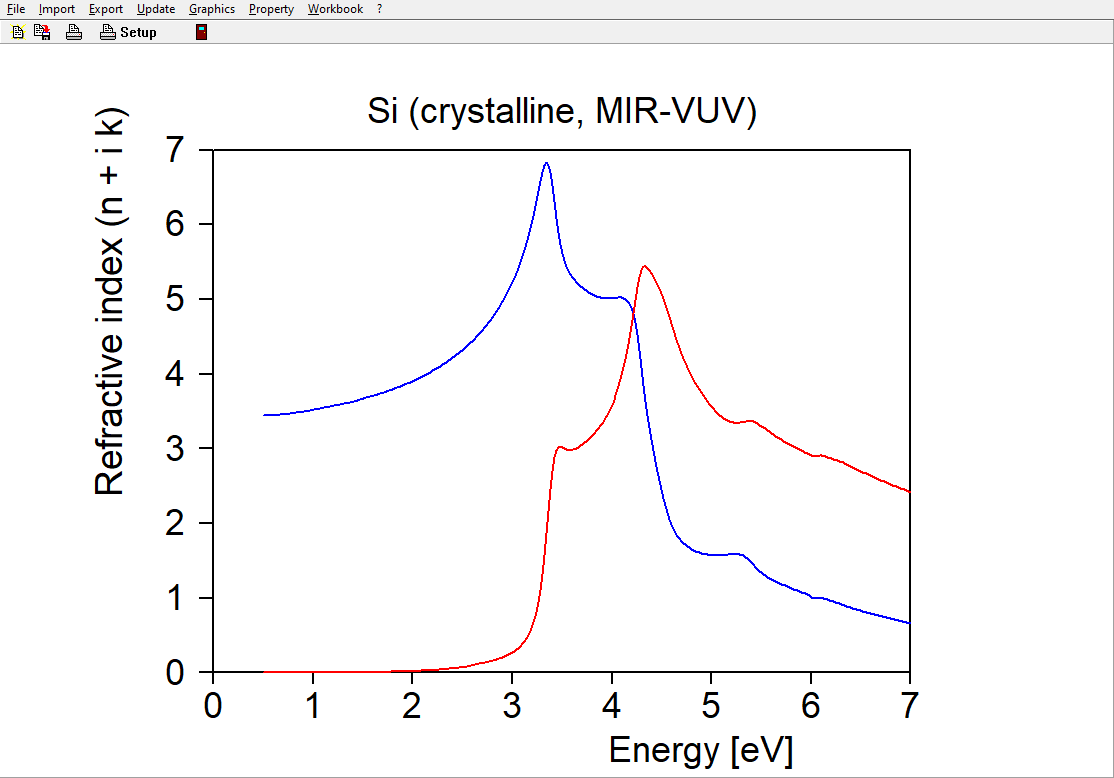 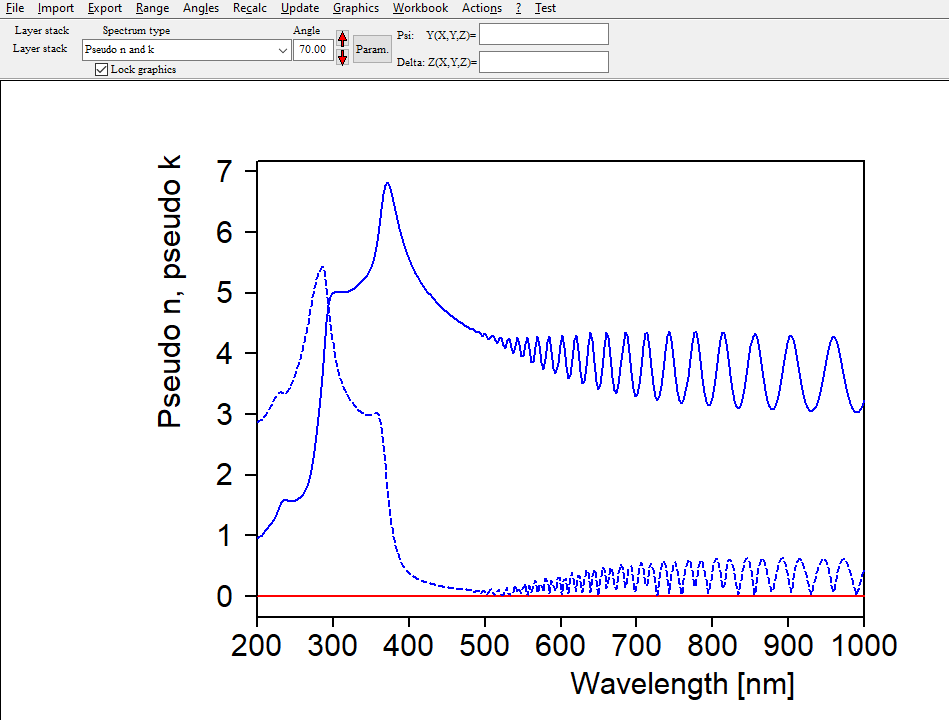 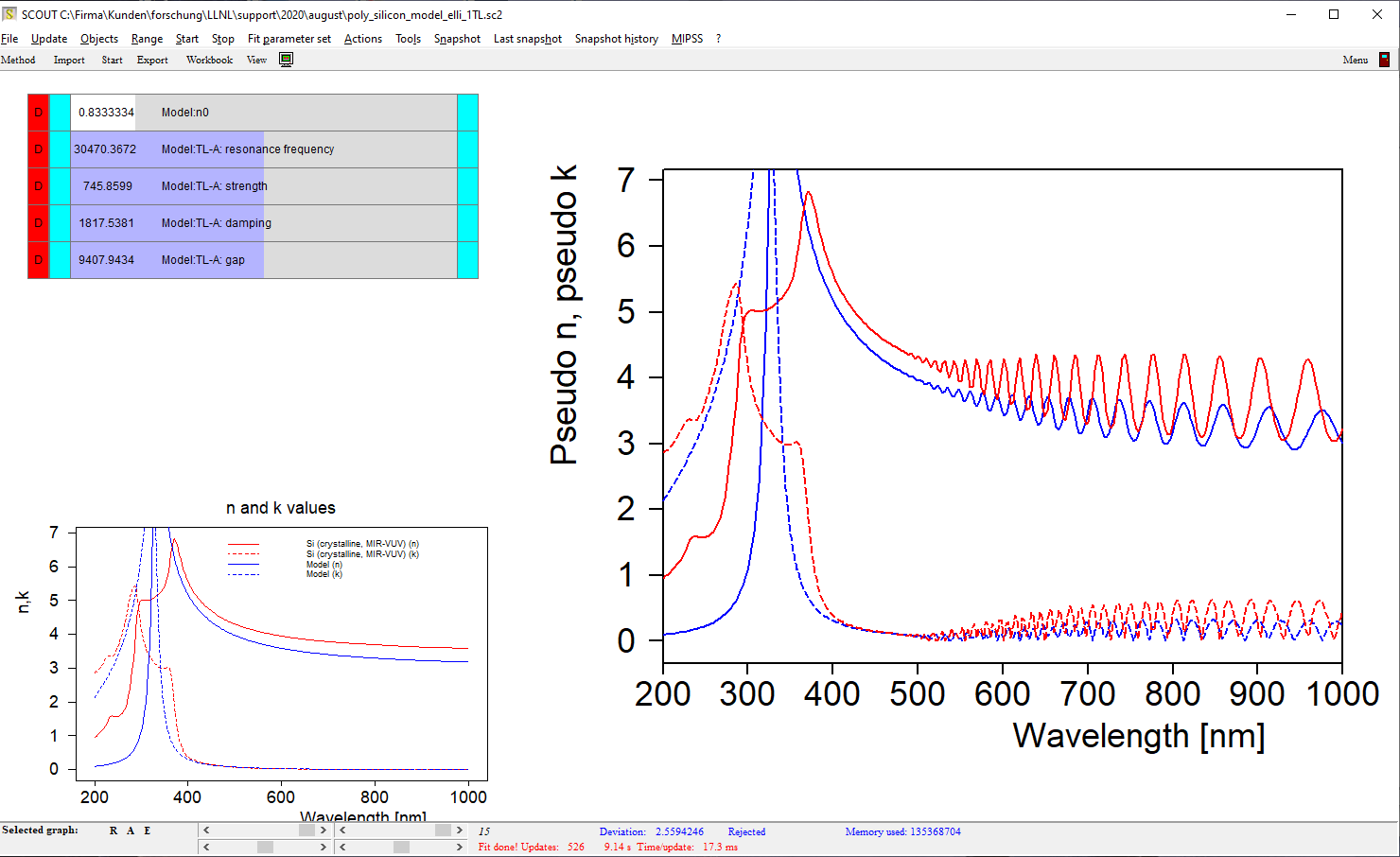 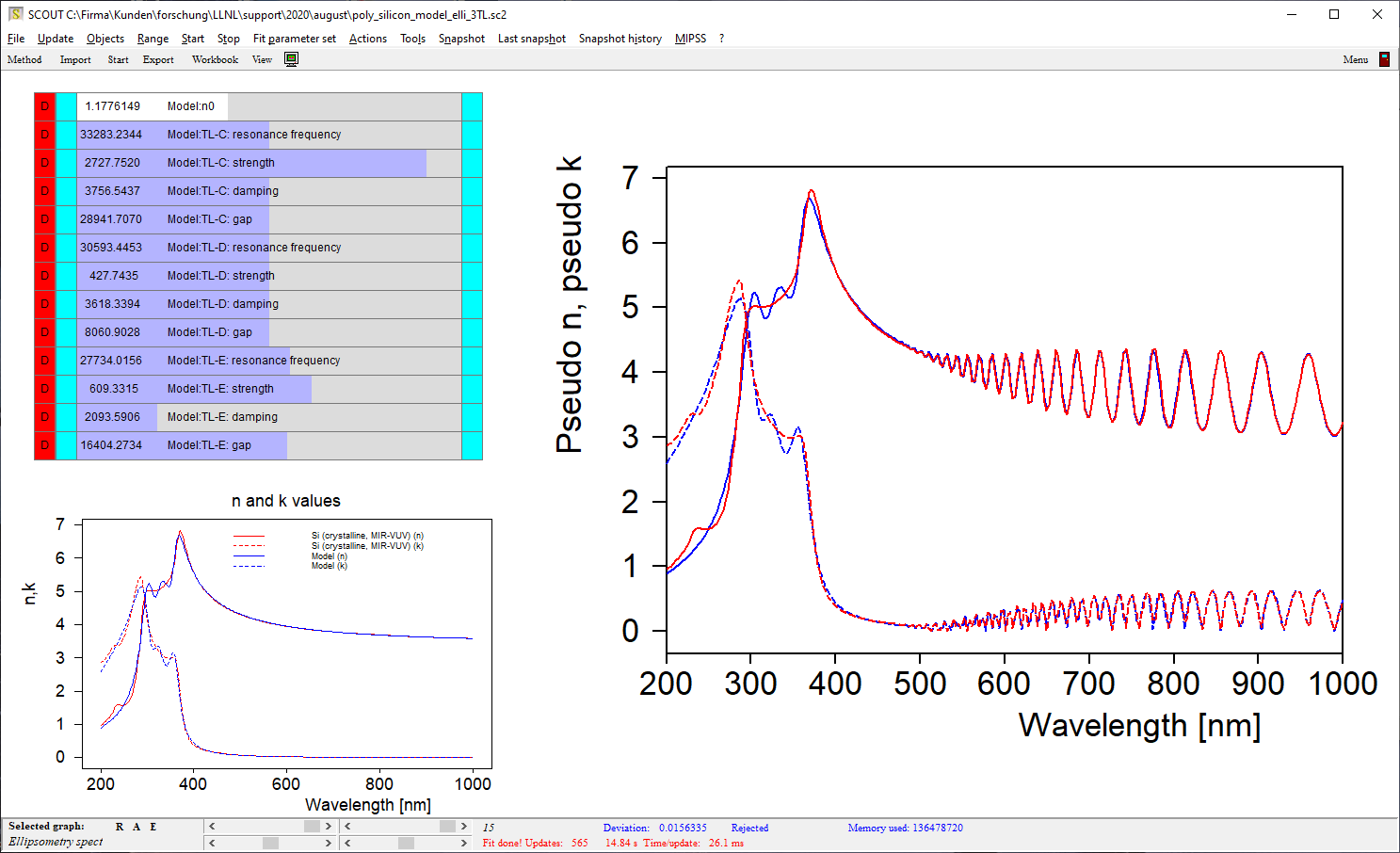 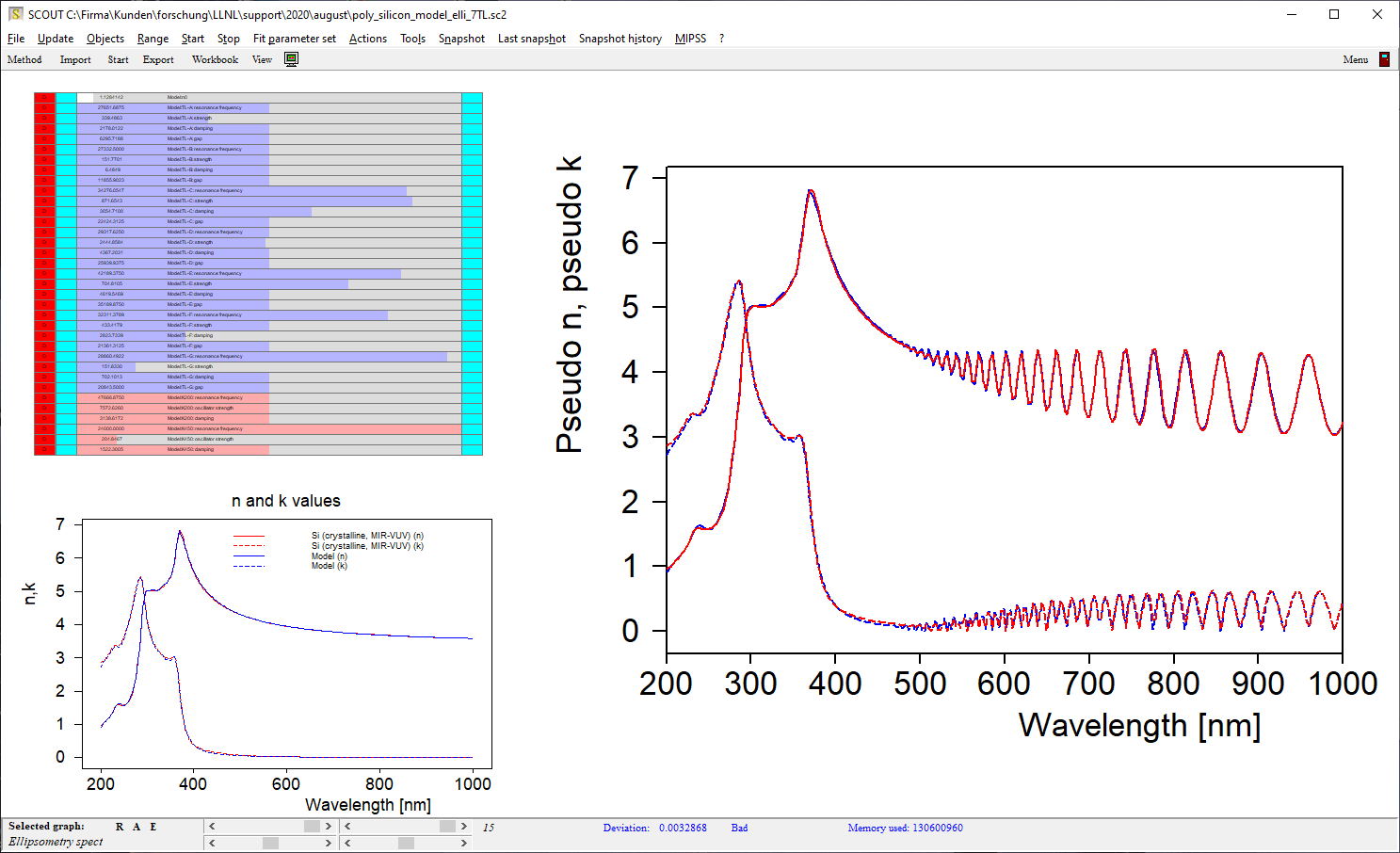 The new OLE command export_spectra_via_variants has been introduced in both SCOUT and CODE (object generation 5.14). The command takes 5 parameters:

Starting with object generation 5.12, you can store fit parameter sets in a list called ‘Fit parameter pool’.  This list is stored as part of the SCOUT or CODE configuration file. Using fit parameter sets from the pool avoids the necessity to load them from separate files.

Using file based fit parameter sets is possible after all, of course.