Due to the nice competition of AMD and Intel computers with many cores become more and more affordable. Unfortunately, our software products SCOUT and CODE use only one core at a time up to now. In order to benefit from increased computing power of modern processors we have implemented MIPSS which means Multiple Instances for Parallel Spectrum Simulation.

MIPSS can be used to significantly speed up batch control computations. We have published a video tutorial that shows how to do this.

In addition, a new mechanism called ‘Bulk analysis’ has been implemented both in SCOUT and CODE. It is applied when a large number of spectra need to be processed in a short time. A tutorial video about bulk analysis is in preparation.

We have implemented (starting with object generation 4.99) the Leng oscillator which has been developed to model optical constants of semiconductors. As shown in the original article (Thin Solid Films 313-314 (1988) 132-136) it works well for crystalline silicon: 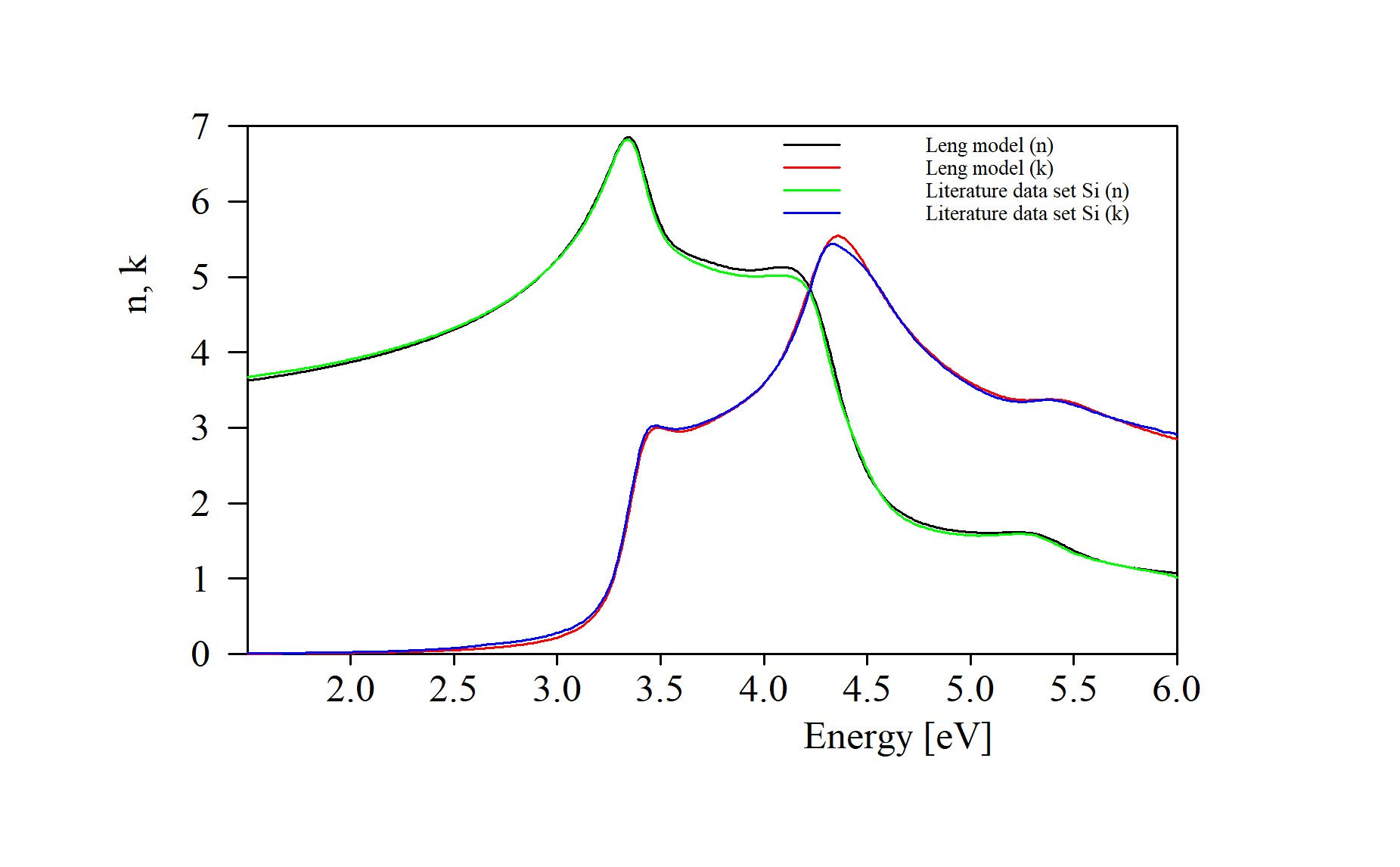 Warning: While the model works fine in the vicinity of strong spectral features (critical points in the joint density of states) it may generate non-physical n and k values in regions of small absorption.